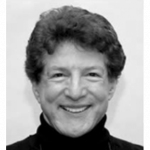 Robert Fritz began his career playing music and studying and teaching musical composition. He began to see that the structural principles that are so much a part of the composer’s art have profound importance when applied to human development. It is from these insights that his structural approach was born.

At the same time, Robert began to see that the very same process that creators use to create music, painting, sculpture, dance, drama, film, poetry and literature could be applied to the way people live their daily lives, that it is possible to approach the life building process in exactly the same way – as if it were a work of art. He went on to develop his first course to teach people to use the creative process in their lives and later began to train instructors in his approach. Since then, more than 80,000 people throughout the world have taken trainings developed by him.

His first book, The Path of Least Resistance, became an international bestseller. A true classic, it details how a person can utilize the creative process and the knowledge of structure to create their life according to their highest aspirations and deepest goals. His second book, Creating, gives even more detail on the principles of the creative process. His book, The Path of Least Resistance for Managers, takes the technology that is outlined in the first two books and applies it to organizations. Your Life As Art takes his groundbreaking work a step further. It covers the spirit of the creative process – what drives people to create. His latest book Identity , written with Dr. Wayne Scott Andersen “explores how identity issues thwart the ability to create the life you want.”

Robert Fritz is an accomplished composer, filmmaker, and writer, and he is also an organizational consultant for some of the largest companies in the world.

Peter Senge (author of The Fifth Discipline) says that “Robert Fritz’… is without a doubt one of the most original thinkers today on the creative process in business, the arts, science, and life in general.  His work has deeply impacted my life and the lives of many of my colleagues.”